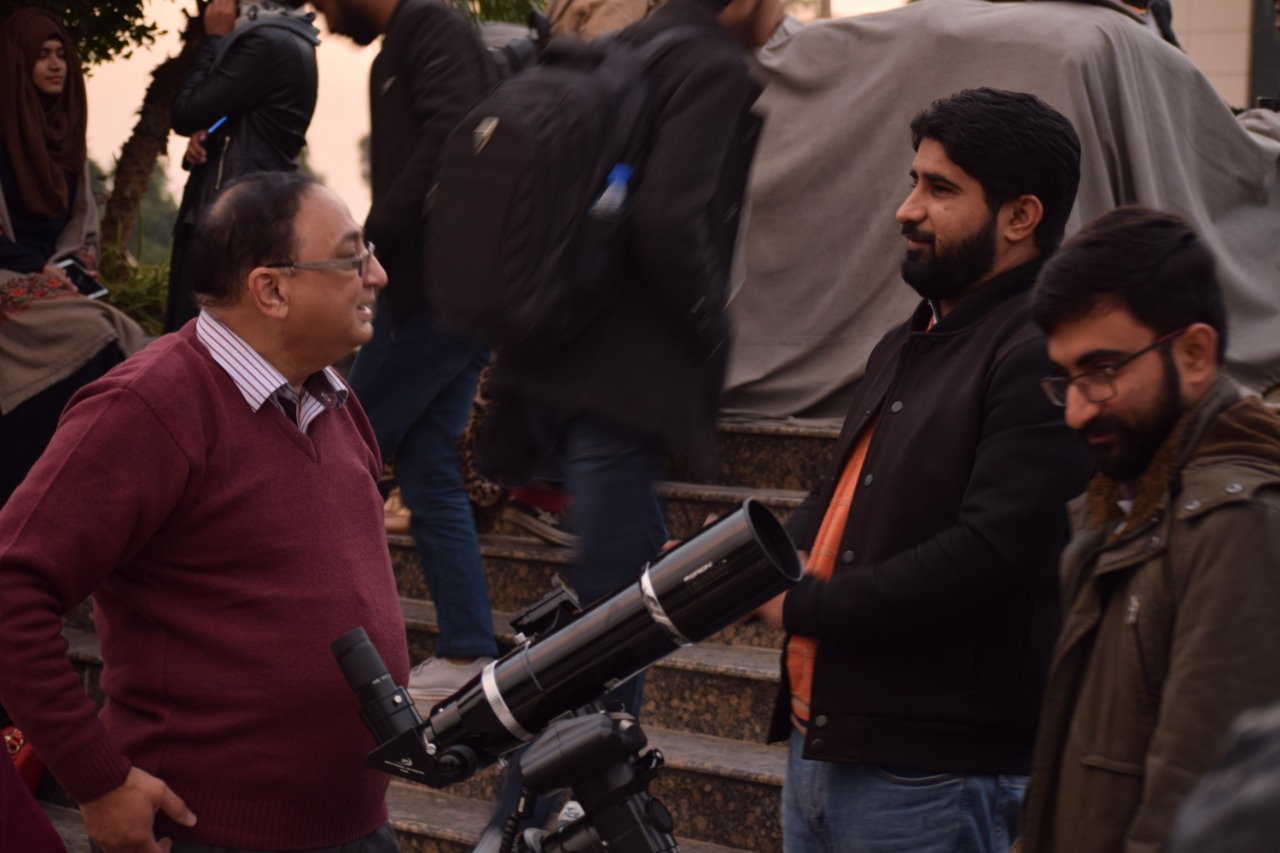 The event was attended by a large number of students, as this was a very exciting opportunity for the students to get their hands of experience of using telescopes with their hands. At this event, the key member of PAk Astronomers brought their telescopes. In particular, Dr Farrukh Shahzad, brought his Orion Telescope, which was then connected to a projector so that the students of the AIR University can get a live view of the Moon!

The session was over 3 hours long, and throughout there were some clouds, but thankfully the students and participants were able to get a good view of the Moon and have an amazing session overall.

Events such as these have been the hallmark of both PAk Astronomers, as well as play an important role in the enhancement of Astronomy in the country. This event was organized so that students can get a chance of seeing astronomy equipment, and then share their experiences on various platforms thereby enabling greater awareness of Astronomy in Islamabad.